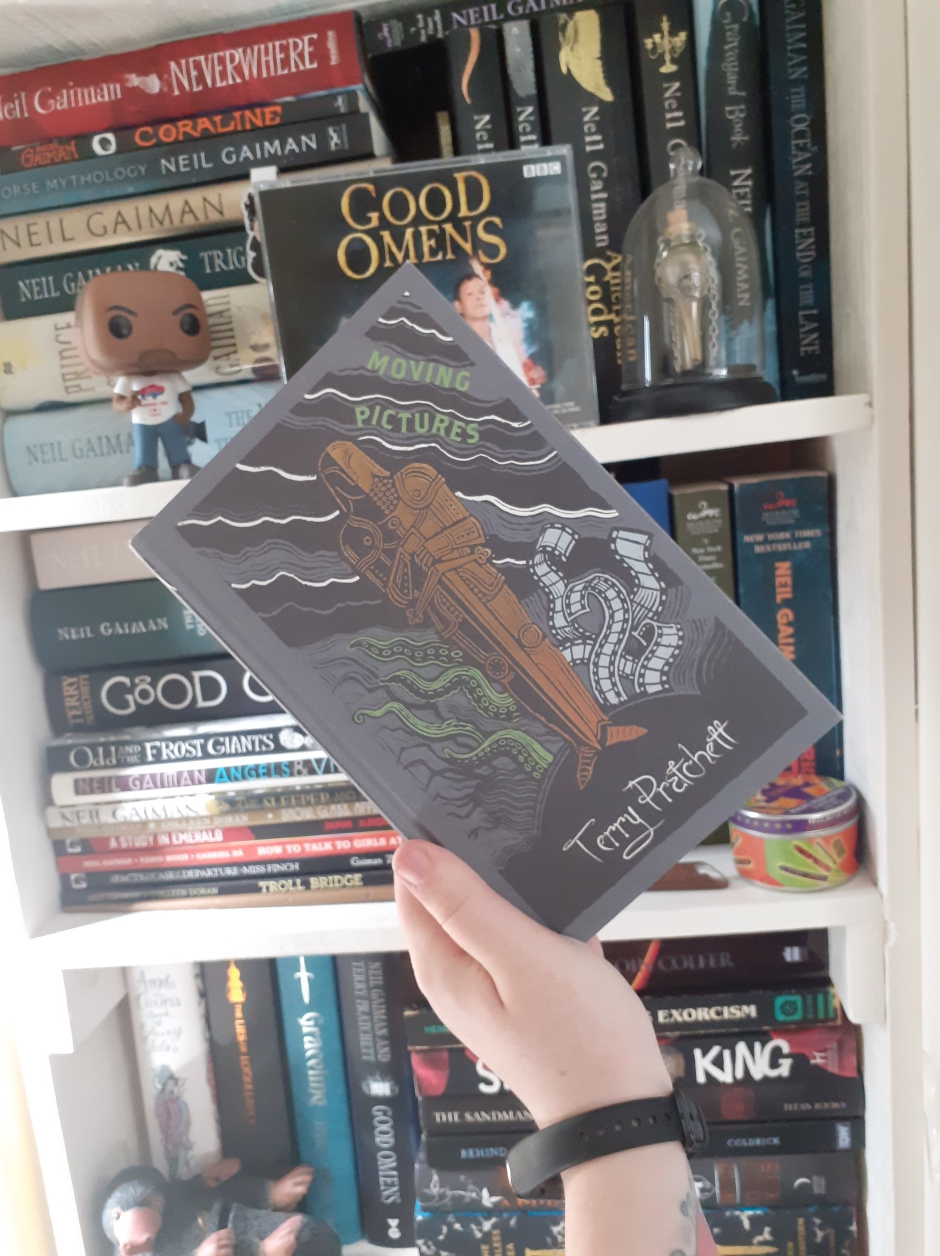 Welcome back to the Discworld Project. Prepare yourself for the new marvel of the Disc! Lights! Imps! Red carpets and banged grains. Today fellow readers, in the town of Holy Wood, film has come to the Disc.

The alchemists of the Discworld have discovered the magic of the silver screen. But what is the dark secret of Holy Wood hill?

It’s up to Victor Tugelbend (‘Can’t sing. Can’t dance. Can handle a sword a little’) and Theda Withel (‘I come from a little town you’ve probably never heard of’) to find out…

This was a surprising turn for the series that resulted in a fun story while also being very enjoyable. This is book 10 in the series publishing continuity and continues to add more characters to the world but is definitely better at connecting the ones we have already met.

I think the main reason I enjoyed this was the weird unusual thread of the story. It follows the usual Discworld formula in places, being based in Ankh Morpork and the introduction of some new characters being pulled into some ridiculous amount of mayhem usually linked to something magical or otherworldly. This one, felt a little the story was far more solid and that the world is better established in this book. I still can’t be quite sure if that is due to the fact that I am invested in the series now but something felt unusual.

In case you didn’t guess from the synopsis and my witty intro (ha), this sees the introduction of film to the Discworld and the disasters that would come from that. Something I really loved was that the way the alchemists develop how to make ‘clicks’ is a direct call back to The Colour of Magic. I know this is something small but I have often wondered about technology in Discworld and seeing it again is fun. The equivalent of popcorn is named appropriately too.

I think as well this is the first book where I felt the wealth of characters was explored really well. We don’t just get to see the witches, or just get to see the wizards. Holy Wood being what it is draws Trolls, talking dogs and would be wizards like our main character Victor. There is also the eventual return of a race of characters we have seen before towards the end, and of course the always welcome return of Death, the Librarian and a hilarious plot involving the wizards at the university.

I do think that Victor was a little weak, especially alongside Ginger and Throat. Seeing Throat reappear in a more vital role in the plot was brilliant and felt true to his constantly changing nature, but I still felt Victor was left a little underdeveloped compared to other main characters I’ve met so far. Gaspode the Wonder Dog is a true standout though.

I did still really enjoy this, I flew through it which is always great for immersion with a story like this and it is always a great experience reading any Pratchett book. The next book will be Reaper Man so that is one I am looking forward to. Happy reading folks!