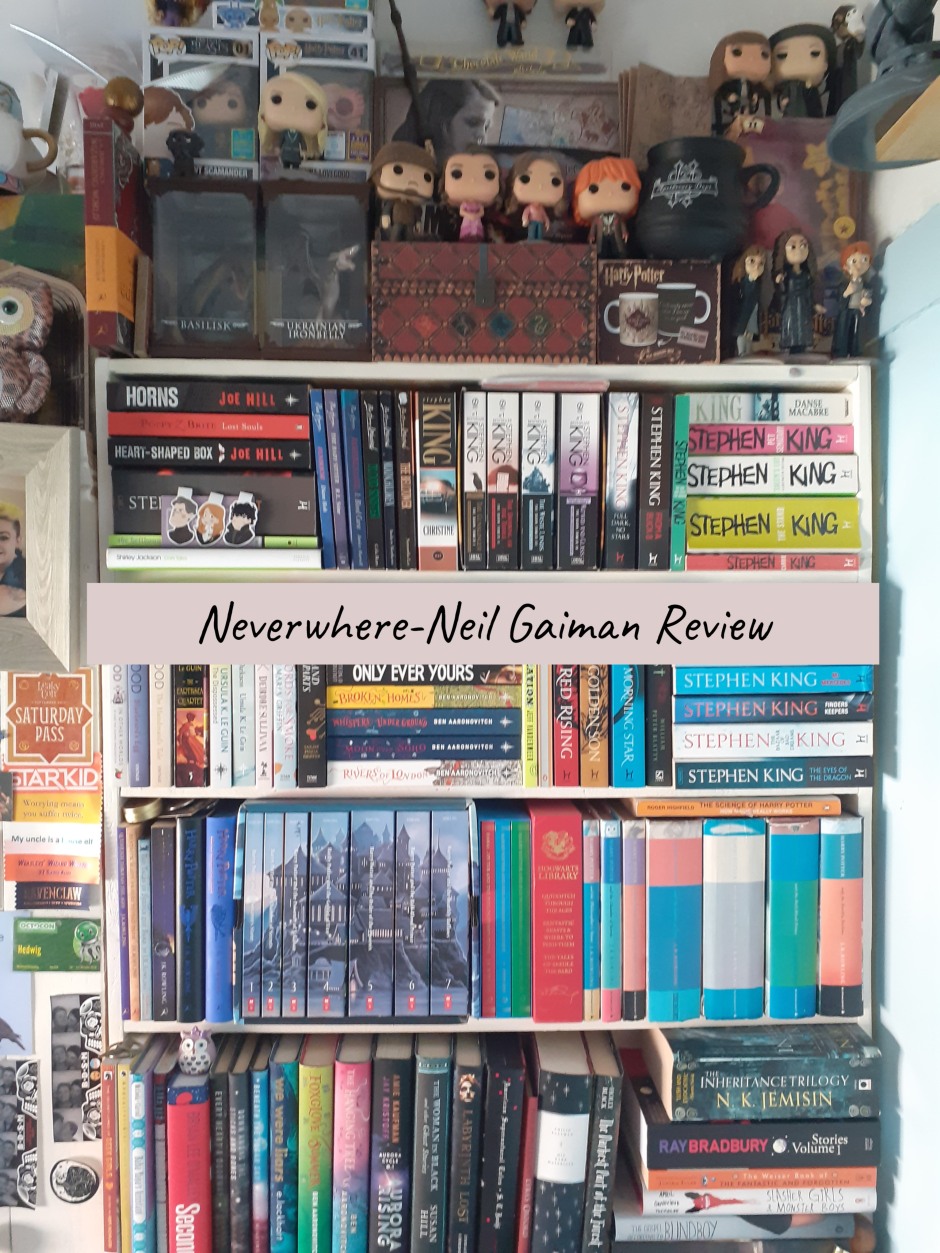 Good evening and apologies for my absence! I have been work busy, a bit exhausted and had an impromptu weekend away which was well needed. This book, is shockingly, the only Neil Gaiman book I have never read. And I dragged reading this book out for an entire week.

Richard Mayhew’s life takes an unexpected turn after a small act of kindness. After saving the life of an injured young woman named Door, Richard is suddenly confronted with the fact that the London he knew is not the only London. There is a London with rat speakers, angels, vicious assasins and train stations that never existed. When Richard is left with very little choice to go to this London Below, he is left with one option. Survive.

The alternate London trope in fantasy is a favourite (a post on this someday) and noone does it better than Neil Gaiman. Neverwhere is the original alternate London story. London Below is a place that belongs to various baronies and duchies and is littered with people, streets, trains and other things that have just been forgotten. It is very interesting that the people of London Above don’t see or remember anyone of London Below. This initially being how Richard ends up in London Below. The relationship between those above and below is so close to the approach people have towards the homeless that I even began to question my own attitude towards this too. Very relevant today I think.

Gaiman can write characters that will both walk with you, comfort you and put you in great danger after you leave the book on the shelf. Richard Mayhew has some very similar traits to Shadow Moon but he does use his voice a lot more and speaks his mind quite often. His development and character arc is very much that of an unlikely hero but there are some questions about him that are never answered that really work in the novels favour.

Door is very interesting but I did much prefer Hunter and of course, the Marquis de Carabas. Hunter is a woman that is known, feared and respected by many of London Below and her past especially that associated with Serpentine is hinted at heavily. I’m hoping it is addressed in the eventual sequel. The Marquis is a man who is two steps ahead at all times an wears a very wonderful coat. An unlikely semi anti hero figure who deals in favours he is fun as he is captivating.

I can’t not mention Mr Croup and Mr Vandemar. They. Scare. Me. Neil Gaiman always manages to brew a character that freaks me out long after I have put the book down. Before it was the Other Mother, Mr World and Tiger. Now I can add this murderous pair.

This book is following a journey. The journey of Door trying to find out who murdered her family while also being that of Richard as he see’s the true nature of London Below. The plot is a constant walk with many stops along the way. Many places are literal translations of the locations within London Above that will delight and frighten many. How many times will you look at Black Friars now and wonder where the friars are?

There was no surprise that I loved this book and that I am always slightly biased toward Gaiman’s work. But I am not lying when I say this book is such a good starting point for reading his books and a great gateway into fantasy. Again, it is getting a sequel which Gaiman doesn’t do so if you do love it stay tuned.