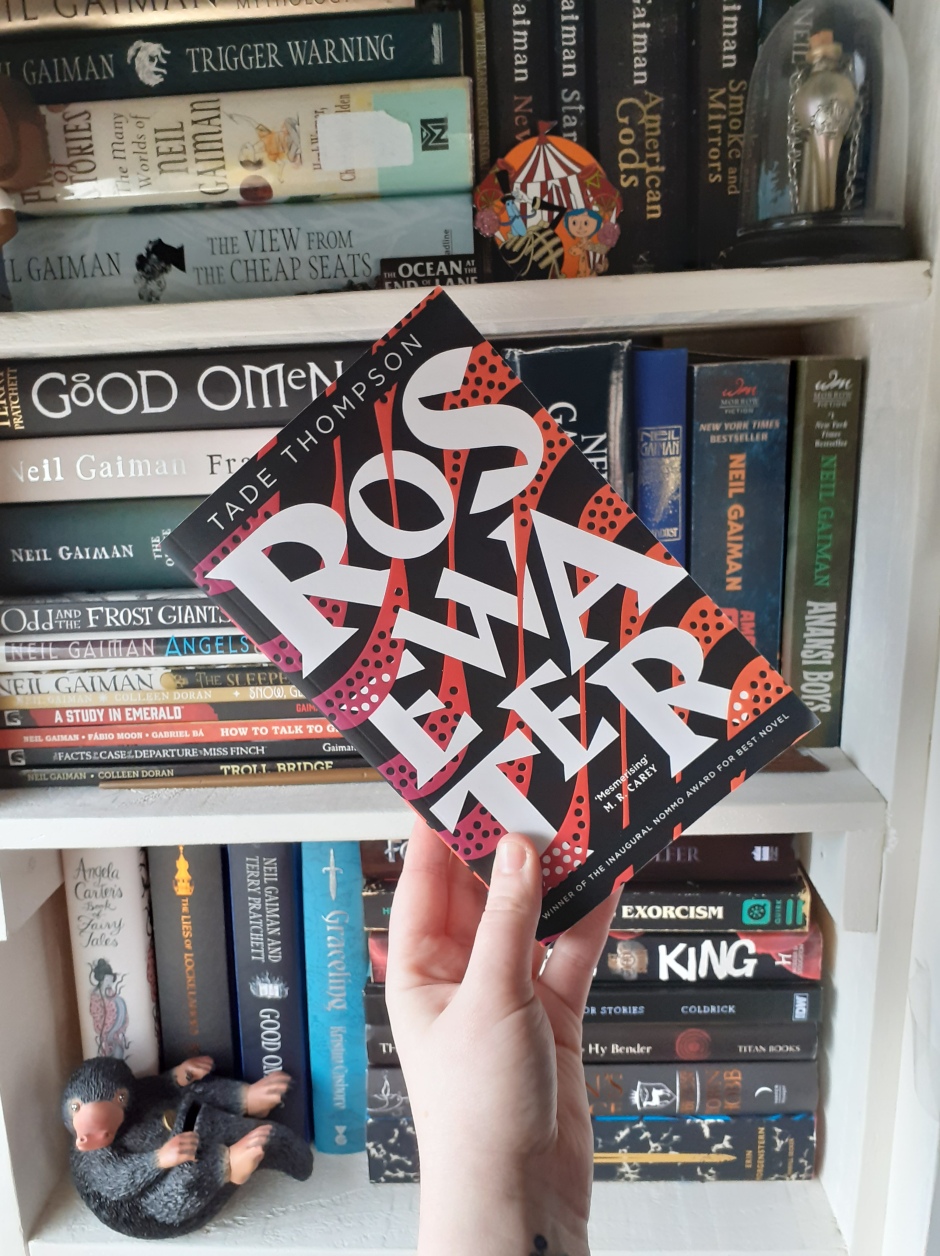 This book has been sitting on my TBR forever. I bought a Kindle copy ast year and never got around to it between starting this blog and various life things. I picked up a physical copy back in February (forgetting the Kindle copy clearly) and have finally read it. Definitely the kind of scifi I need in my life right now.

Rosewater is a town on the edge. A community formed around the edges of a mysterious alien biodome, its residents comprise the hopeful, the hungry and the helpless—people eager for a glimpse inside the dome or a taste of its rumored healing powers.

Kaaro is a government agent with a criminal past. He has seen inside the biodome, and doesn’t care to again—but when something begins killing off others like himself, Kaaro must defy his masters to search for an answer, facing his dark history and coming to a realization about a horrifying future

I really enjoyed this. I have found that my taste in scifi is leaning far more towards ‘new weird’ or just generally narratives that focus more on far more diverse stories in the last year. Lagoon was a huge favourite of mine from last year and Rosewater definitely captured some similar aspects of an alternative Nigeria but manages to keep you at arms length to maintain the mystery of both Rosewater and Kaaro.

The prospect of a city like Rosewater is so completely fascinating and terrifying to me. This city exists due the the third appearance of an alien known as Wormwood as it manifests as a biodome in Nigeria. Once a year, this dome opens and people flock to it to be healed and changed by entering the dome. Thompson explains this so well, I had no problem entering the story whenever I had put it down. What I really liked as well was the description of how psychic powers work and how they are tied into the existence of the biodome. It added an extra layer to the world building that I found impressive.

Kaaro is a protagonist I would usually find it hard to gel with. When I said that we are kept at arms length, it is mostly from Kaaro. He is a powerful psychic, if not the best, who has not always used his powers for totally honorable reasons. He is narrating this story and since we get this story in different time jumps, for example the plot as it’s happening now to events that happened before Kaaro became a government agent and how he became one. The book lets you get right to that part of his past that will answer a question that you have and then the chapter will end. However far we are kept from Kaaro, he does have a fantastic characters arc and the various time jumps across his life do give him a sense of growth that I don’t see often with male characters. He is flawed yet sympathetic and I find it very interesting how his masculinity in particular is challenged and discussed at various points of the story.

The time jumps in the story are work very well with this story, There is the perfect blend of scifi meets mystery here, with the mystery kept in the dark for all the right reasons. The pieces of the plot do come together perfectly and it becomes clear that Kaaro is more involved with various events than even he realises and how his powers are at risk as well as his life. It’s also a big difference to rad a science fiction story where America isn’t a huge factor in the plot. American in 2066 having shut down after Wormwood hit is a very different and welcome direction for the plot to take. I’d also like to thank Tade Thompson for mentioning the fate of my own home of Ireland and how it shaped up!

All in all, I did thoroughly enjoy this book, my only very mild criticism that the antagonist of the plot (or at least the main source of conflict) was dealt with very cleanly. Other than that, I am really looking forward to reading the other two books in this trilogy and discovering what is to come from Rosewater next.

Thanks for checking in guys, let me know if you have read this! Happy reading!